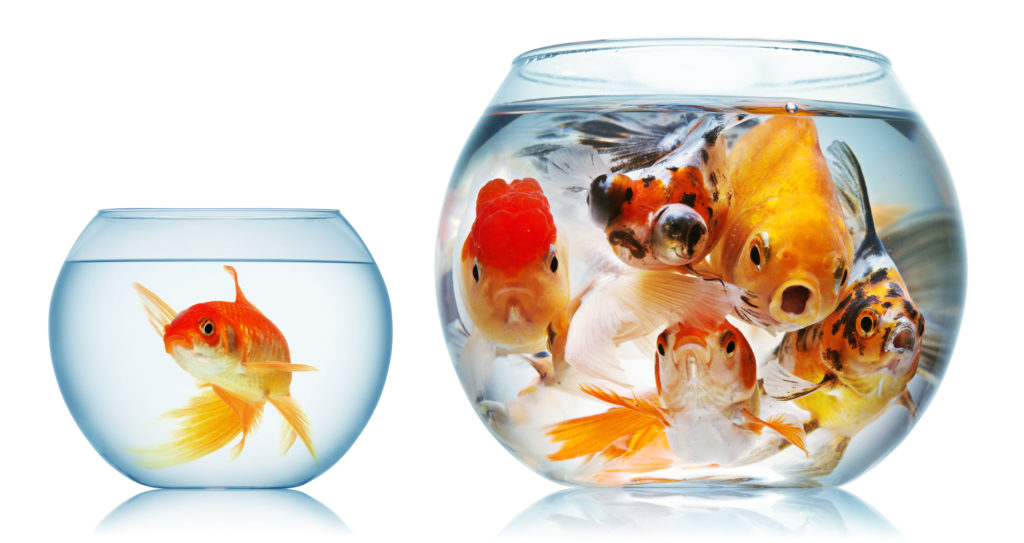 Co-owner Owen Fowler set out to leverage the company’s leadership position. Following conventional wisdom he raised prices on par with better-known brands which were selling offline and through their company websites but not on Amazon. To broaden awareness, Leap Gear invested in a small online marketing campaign. Ready…set…stop!

Suddenly Leap Gear was swallowed up in a sea of Amazon competitors.

In retrospect, Owen observes that he looked at his company’s leading position on Amazon too narrowly—looking out toward goals without looking inward. He focused on how Leap Gear could grow market share and increase revenue. It appeared that raising prices, telegraphing Leap Gear’s high-quality product, and building online awareness would do the trick.

What he didn’t do at the time was take stock of Leap Gear’s internal strengths and resources relative to the demands of his competitors’ marketing programs, which rely heavily on celebrity gymnast endorsements.

“We tried to compete on their dimension instead of focusing on our native competitive edge. The advantage Leap Gear has is our extremely accurate and efficient production process. We produce high-quality, durable gymnastics wear at a lower cost. We’re nimble and can create new designs in a matter of days.”

Leap Gear shifted back to lower prices and now sells through Walmart as well as Amazon. This approach matches the company’s native strengths. Owen is keeping the company niche-focused and streamlined to serve families looking for gymnastics outfits for their kids that deliver fresh designs and won’t break the bank.

From a brand perspective, Leap Gear faltered when it tried to compete outside its most distinctive attribute—the one of most value to customers. Its brand promise is high-quality gear at reasonable prices, where high-quality includes proprietary designs.

Considering a change in business strategy? Know all of the following first

Stay tuned—we’ll check back with Owen in 2020 to see how well Leap Gear is thriving under its renewed brand discipline!